History of P.E.O. in Montana

P.E.O. was started on the campus of Iowa Wesleyan in 1869. As those involved graduated they did not want to lose the support of this group so it changed from a campus sorority to community groups in Iowa and gradually worked its way across America. As train travel became more reliable, women from P.E.O. chapters in Iowa and other states rode the train out west to organize chapters. The first permanent chapter organized in Montana was in Glendive on April 25, 1910. By 1916 there were also chapters organized in Billings, Laurel, Kalispell, and in Whitefish. During 1919-20 eight new chapters were added in Bozeman, Butte, Missoula, Great Falls, Lewistown, Miles City, Hardin, and Cut Bank. In 1921 Montana became the 18th state to organize a state chapter and hold a state-wide convention. In 1930 there were 24 chapters. Today there are 87 chapters in Montana in 34 communities. P.E.O. in Montana has over 3,700 active members. Internationally there are 5989 chapters located in both the United States and Canada with a total of almost a quarter of a million members. The organization is a sisterhood which shows loving concern not only to its own members but to women who are continuing their education. P.E.O. give grants, loans, scholarships and awards to deserving women mostly through five International projects; as well we own Cottey College. Montana offers a state scholarship to an elementary school major. Some individual chapters also offer scholarships for women in their community.

In 1907 P.E.O. chapters decided that their philanthropic goal was to help women get an education. $1071.00 was collected and loaned out to help women reach their educational goals. By 1909 loans were given to women in five states. Today loans are given all over Canada and the U.S. at a low two percent interest rate. The maximum loan amount is $12,000 for certificates and undergraduate degrees (e.g., associate and bachelor degrees), $15,000 for master’s degrees and $20,000 for doctoral level degrees. Loans up to $15,000 will be due a full eight (8) years from stated graduation date; loans greater than $15,000 will be due a full ten (10) years from stated graduation date. Repayment starts six months after graduation.

Following the Second World War, in 1949 P.E.O. wanted to do something to promote understanding among women in the world. The International Peace Scholarship was established to encourage women from other countries to come to the U.S. and Canada and study. It was hoped that when they returned to their homes with an education and the experience of living here that the relationships they made here would create a global community and that those bonds would foster world peace.

In 1973 there was an increase in the number of women who were single parents, and many women found themselves in changing circumstances and needing education to support their families. The P.E.O. Program for Continuing Education (PCE) was established to help those women who had dropped out of college for at least two consecutive years get encouragement to go back to school and complete their education. Out of those that qualify for this need-based grant almost 95 percent receive help. The goal is to help as many women as possible with some money rather than just a few with a lot of money.

In 1991 our most competitive, prestigious P.E.O. Scholar Award Scholarship was established for women that are working on a doctorate level degree. In 2015, 90 women who are academically at the very top of their field were the recipients of this prestigious scholarship. These scholars represent 31 states, 2 provinces, and 1 district.

In 2009 the P.E.O. STAR Scholarship was established to award young women who are graduating from high school and who show outstanding leadership a $2,500 scholarship. In just seven years there have been 1,774 recipients of this scholarship.

Montana also awards the Jane Hammer Holmgren Scholarship to a woman who is nearing graduation in elementary education or has gone back to school for additional training as an elementary school teacher. She must be a Montana resident or studying in Montana and plan to teach elementary school students.

Montana is proud to be part of this international organization that supports education for women. The statistics speak for themselves. As of April 2020:
P.E.O. has given over $366 million in financial assistance to more than 113,000 recipients of the ELF, IPS, PCE, PSA, and STAR Projects.

Cottey - P.E.O. has owned and supported Cottey College since 1927. Cottey is a dynamic independent baccalaureate-granting liberal arts and sciences institution that develops leadership qualities and a global perspective within its students throughout the entirety of their academic and co-curricular experience. 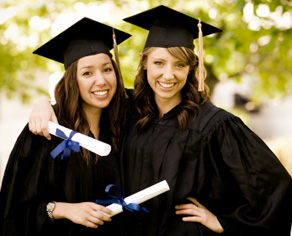 If you would like to find out more about our five international educational projects, visit the International P.E.O. website.